In the early morning of Saturday, May 26, 2018, Don Varney, his wife Yvonne, and a couple dozen of Don’s friends, many whom attend the Friday Networking Lunch every week, gathered at Heroes Stadium to participate  in a 5K Run/Walk.  While the event was organized in support of local law enforcement, the team that Don assembled, known as Team Victory, was there to support him in his first athletic event in nearly a decade.

For the past 6 or 7 years, Don endured an undiagnosed or misdiagnosed medical puzzle which left him unable to walk without crutches or canes. Once able to participate in ironman events, Don could no longer walk across the kitchen without external support. He had countless tests and saw many specialists around the country. For years, no one on Don’s medical team could pinpoint the exact cause of his condition. In this situation, most people would be filled with hopelessness. But, Don never lost hope. He never exhibited depression, anger, or any other negative emotion. Throughout his journey, Don remained hopeful and happy.

In 2017, the cause of Don’s failing health was finally correctly identified as a tiny non-cancerous tumor in his knee.  This tumopr was causing his bones to die.   Upon removal of the tumor and after a short recovery period, Don began training for this event, which he says will be the first of many as he continues to regain his strength and endurance.

Custom Team Victory shirts were made by Franklin Adams at Adams Marketing Group.

Photography and videography was provided by Michael Stump with Kestral Views. 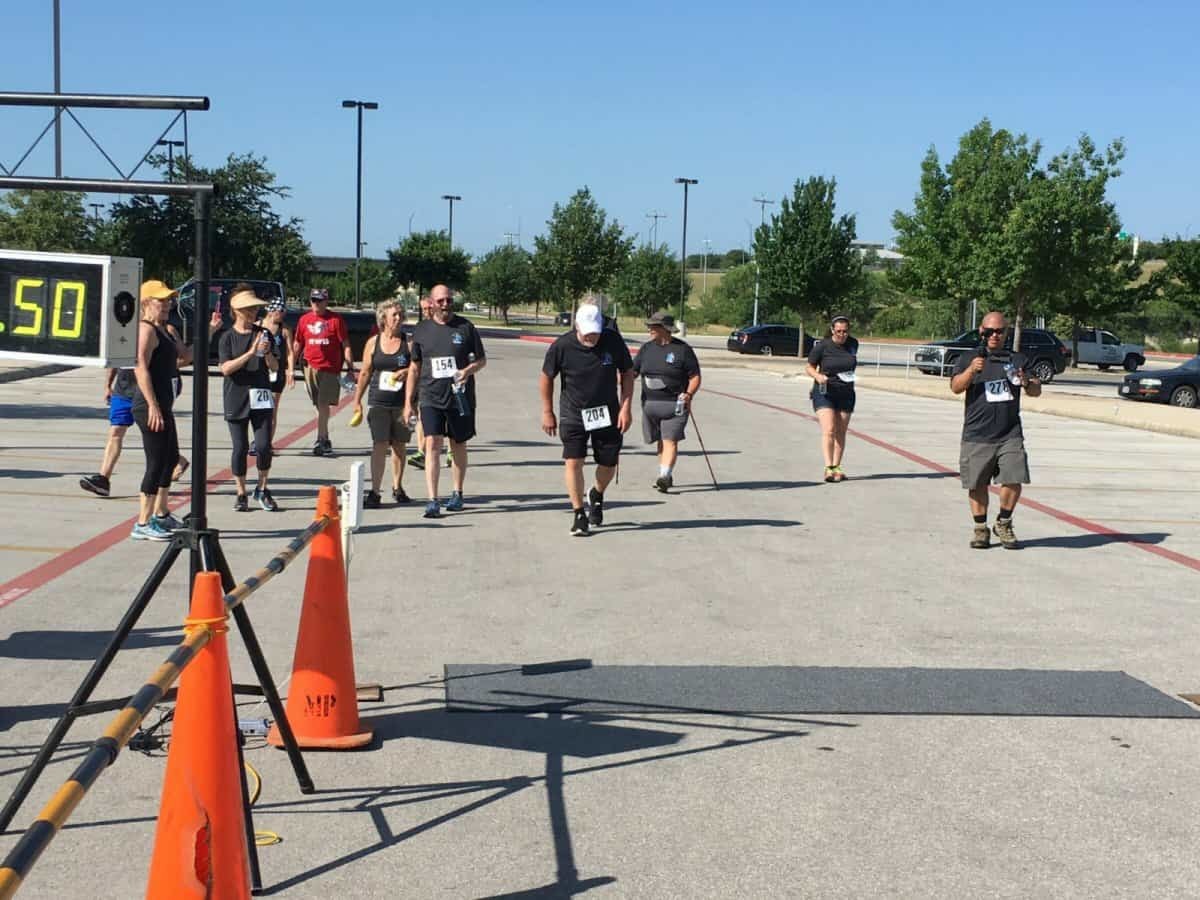 About the Author: Eric Meyer

Eric Meyer has founded and managed several businesses. He is currently the the owner of South Texas Sport Court, a dealership for Sport Court® gym flooring, servicing San Antonio and South Texas. He is also the owner of Sapphire Botanica, a health and wellness company focused on healthy natural products and the emerging benefits of CBD.